The superpowered cape for children created by E.ON and Scamp & Dude

Schoolkids wear CAPES that help ‘destroy’ dirty air as youngsters are more eco-conscious than ever before, study says

The innovative accessories might look like it’s a fancy-dress day - but they actually have an inbuilt technology designed to help clean the air. 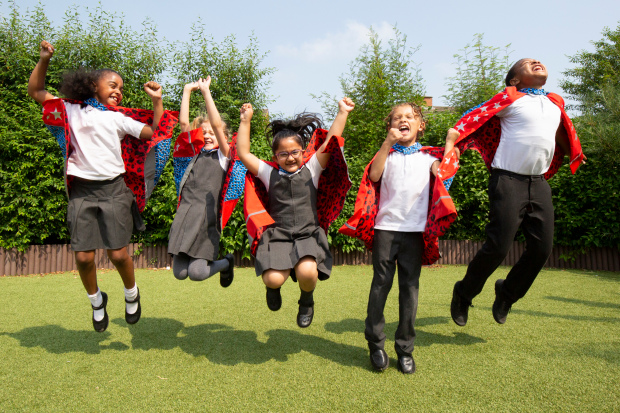 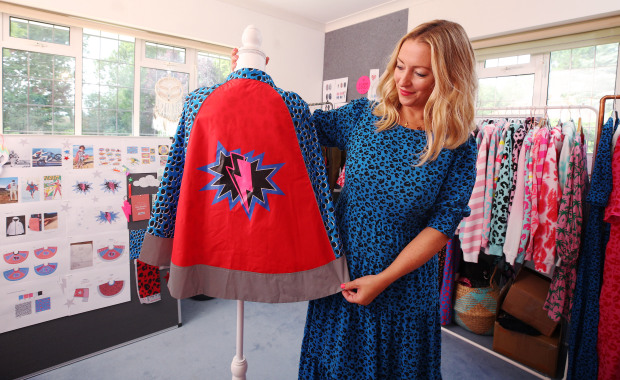 The jackets will help clean the air as today's youngsters are some of the most climate-minded, a study reveals

Made using a technical fabric that has the ability to absorb pollutants into a fabric mesh, where the technology traps and disaggregates them, the capes help ‘destroy’ dirty air, clearing the air as the children walk to school.

The images come as a study of 1,000 parents of primary school-aged children found more than half of them believe their child’s generation will be the people to make the biggest impact on reducing air pollution.

This is because technology has made them more clued up on information, youngsters today are taught to care about the planet, and are more eco-conscious than previous generations.

Children aged 6-11 were also questioned as part of the survey and they revealed eight in 10 were aware of what air pollution is and the majority of them are keen to help reduce it.

This is because they’d like to help the planet, keep their family and friends safe and protect future generations.

A further 81 per cent of the kids believe they have the power to help change the world.

Michael Lewis, E.ON UK CEO, said: “Air pollution in our communities is something that we can’t always detect, but we know that children are exposed to it on a daily basis, whether that be on their journey to and from school or running around the playground.

“From our research, it’s clear that this is something parents and children are actively worrying about, so it’s hugely important that we do something to help reduce this and clear the air.

“The Air Heroes capes are a fun, engaging way to encourage children and their parents to think about the serious impact we have on our environment on a daily basis, and we hope we can continue to educate and encourage people to make changes to their daily routine, even if it’s small changes, such as walking to school one day each week.”

The children questioned also revealed almost a third of them look up to role models such as Greta Thunberg and want to do their bit to help the planet.

Yet, three quarters are worried about the planet and 66 per cent fear the air they breathe is dirty.

It also emerged 85 per cent of kids and 81 per cent of their parents worry about the level of air pollution around their school.

Despite this, three in 10 parents admit to driving their children to school despite it being less than 30 minutes away.

Yet eight in ten say they would change their routine and school run habits if they saw the improvement it would make to their family’s health.

Parents have become more aware of the dangers of dirty air on their family’s health, however, more than four in 10 feel they lack an understanding of what they can do to help.

Jo Tutchener-Sharp, Founder of Scamp & Dude, said: “With many children worrying about air pollution, it seemed like a perfect fit to create an exclusive design that would not only look great, but help to make a genuine difference.

“The E.ON x Scamp & Dude Air Heroes capes bring together our signature print with a magic ingredient – the technical fabric – to supercharge children across the nation.”

E.ON is offering children across the country the opportunity to win one of the limited-edition capes, with the winners receiving a cape for themselves and their entire class, ensuring together they can help to destroy the dirty air around their school.